By the 16th century, Jewish life in Spain and Portugal–the Jewish “Sepharad” that had boasted of a vibrant cultural life in the Middle Ages–was officially non-existent. Spanish Jewry had been exiled in 1492, and all of the Jews of Portugal, many of whom were refugees from Spain, were forcibly converted only five years later, in 1497. Many of these converts, known as conversos, assimilated fully into Iberian society. But a significant segment 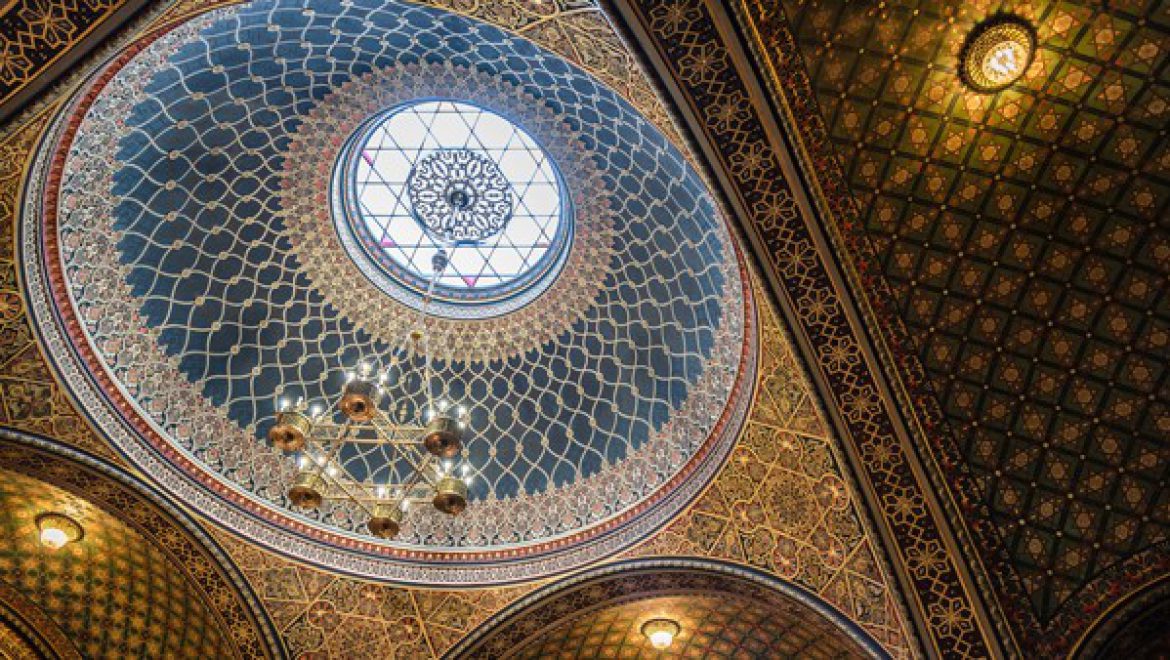 By the 16th century, Jewish life in Spain and Portugal–the Jewish “Sepharad” that had boasted of a vibrant cultural life in the Middle Ages–was officially non-existent. Spanish Jewry had been exiled in 1492, and all of the Jews of Portugal, many of whom were refugees from Spain, were forcibly converted only five years later, in 1497. Many of these converts, known as conversos, assimilated fully into Iberian society. But a significant segment maintained a façade of Christianity while still clandestinely retaining as much of their Jewish belief and practice as possible.

Over the next few centuries, many of these crypto-Jews settled in Western Europe. The migration of the  Diaspora from Spain and Portugal heralded a dual process of return: return to lands uninhabited by Jews for centuries, and return to ancestral practices that did not have the benefit of a chain of tradition to faithfully transmit them.

A People Apart, A New Exodus

Though the Jews of Portugal had been forced to convert, there was no official enforcement of that conversion, so they were generally free to practice their Judaism secretly. During the early 16th century, crypto-Jews (disparagingly labeled marranos, literally swine, by Christians of pure lineage) entered many levels of Portuguese society and forged a group identity that, on account of its conversion as a complete group, maintained resilience and vitality.

But the introduction of the Inquisition into Portugal in 1536 spurred waves of crypto-Jewish emigration. The pressure to flee persecution was compounded with a search for greater economic opportunity.

Ironically, many conversos first moved to Spain, as it offered greater wealth and, according to Inquisitorial practice, could not punish crimes against the faith committed in Portugal. Portuguese Jewish migration was so extensive that, for many Spaniards, “Portuguese” became a synonym for “Jew.”

Returning to the West

The rise of mercantilist economic doctrine in the 17th century attuned western European states to the value of international merchant activities, a niche Portuguese conversos were poised to fill as men of international trade and high finance, whose activities encompassed much of the exchange between Europe and its overseas colonies. So, under the guise of Portuguese merchants, conversos began to settle in Amsterdam, Hamburg, London, and southwestern France.

Outside of Spain, the first major entrepôt for conversos seeking refuge was usually Italy. In Venice and Livorno, conversos returning to Judaism often remained separate from the established Jewish communities, but could not fully avoid contact and a modicum of influence and interaction.

France, by contrast, had expelled all of its Jews in 1394, and had not repealed such laws. Thus, when crypto-Jews entered France in the 16th century, it was always as Christians. Conversos in France slowly came to shed this façade, beginning in the 1660s, but only received government recognition of their Judaism in the 18th century.

The fate of the Sephardic conversos in Western Europe was intimately bound up with the successes of the newly formed Dutch Republic, which became a major global economic power in the 17th century. Dutch entrepreneurs established a network of trade with a center that was relatively tolerant of diverse faiths, making the Netherlands an ideal place for conversos to settle.

Though initially establishing only private prayer gatherings, by 1639 Sephardic Jewish immigrants in the Netherlands constituted a legally recognized entity that could boast of three synagogues and a Jewish cemetery, as well as a variety of religious confraternities and a charitable organization for the provision of dowries for young women of Portuguese descent.

The Sephardic Jews in the Netherlands were soon joined by Ashkenazic Jews seeking refuge from the turmoil of the wars wracking Central and Eastern Europe in the 17th century. The added economic strain of new settlers and the social difference between the proud and acculturated Sephardic Jews and the impoverished Ashkenazic Jews often gave rise to tensions and a search for different means to alleviate the population pressure. In some cases, this population pressure was the impetus for Jews to seek new sites for settlement, most significantly in England and the New World.

Following the conquest of Brazil by the Dutch from Portugal in 1623, small numbers of adventurous conversos and Jews settled in the New World. When Brazil was retaken by the Portuguese in 1654, 23 Sephardic refugees from Brazil made their way to the port of New Amsterdam. Their arrival in Colonial America laid the foundation for the Jewish community of the United States in the centuries to follow.

Returning to the Law of Moses

Unlike those communities that witnessed direct continuity across time, the converso communities of western Europe, which had no legal Jewish settlements since the 13th century, had to create the fabric of Jewish life from scratch. This was not easy, as not all conversos were interested in return, and the experience of living as Catholics without access to Jewish texts and leadership had given converso religion an unusual coloration.

Conversos depended on legend and folklore, for example, in their elevation of the holiday of Purim and their valorization of the Book of Esther, whose heroine lives in a gentile court without revealing her Jewish identity.

Converso communities also perpetuated a bifurcation between religious and secular life, often limiting their engagement with Jewish tradition to the sphere of ritual, and leaving business and other “secular” practices outside of the purview of Jewish law. For example, arrivals in these new Jewish communities often adopted Hebrew names and circumcised all the males of the household, ascribing particular salvific power to this ritual as a form of Jewish rebirth.

However, unlike extant Jewish communities on other parts of the continent, communal statutes seldom governed economic matters.

In this respect, the returned conversos may be seen as forerunners of a religious modernity that distinguished between the authoritative place of Jewish law in private ritual matter, but did not seek its guidance in matters deemed secular. Generations of balancing an internal Jewish identity as crypto-Jews with a more expansive external self yielded a Judaism that was, for them, a religion, not a total way of life.

That the Sephardic Jews of western Europe formed a distinct entity in the story of Jewish life in Europe is evident in the dramatic decision by the French Revolutionary government to extend full political equality to the Sephardic Jews of France in 1790. Ashkenazic Jewry in France had to wait a year and a half longer for their own legal recognition.

Historians consider this time lag significant in part because the Sephardic Jews themselves petitioned the government not to consider Sephardic and Ashkenazic Jews as part of the same entity–an ongoing testament to a distinctive Sephardic self-image. Indeed, the earlier inclusion of the Sephardic Jews in France points to their success at acculturation into their western surroundings and the sense, in the eyes of their neighbors, of their rightful belonging.