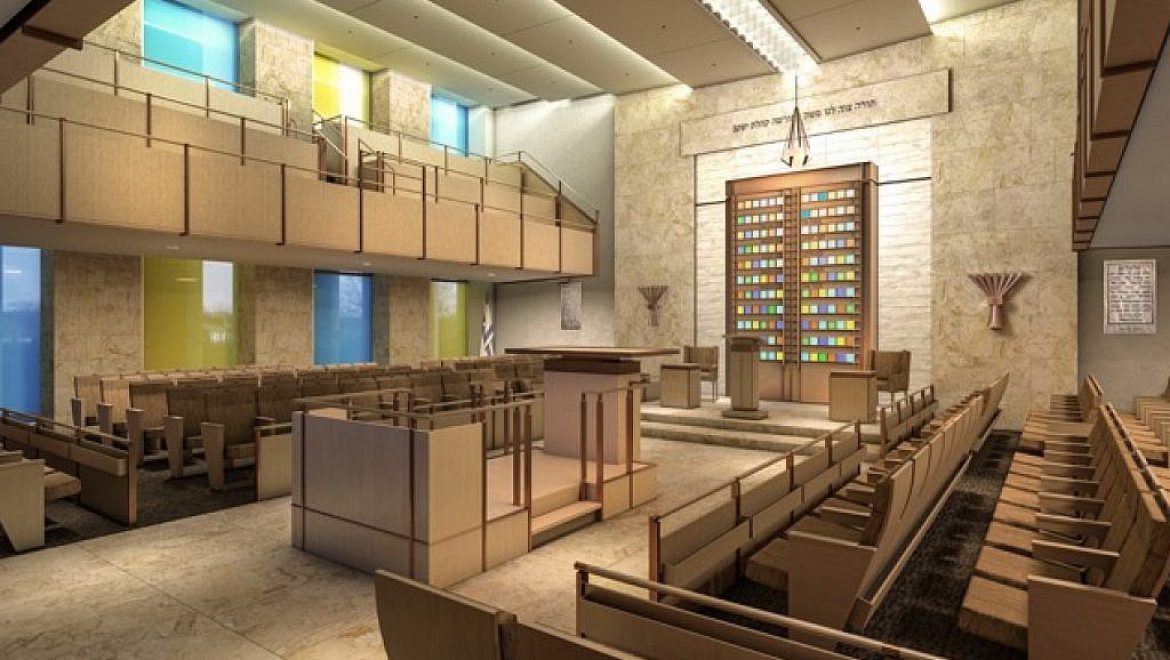 Named for philanthropist Moise Safra, a complex opening on the Upper East Side will offer classes, events, a pool, and synagogue — to the Jewish people as a whole

NEW YORK — It will be an especially sweet New Year for many in Manhattan’s growing Sephardic community when they gather for services inside the new Ohel Moshe Synagogue.

The synagogue, which embraces the Syrian Sephardic tradition, occupies a full floor in the soon-to-open Moise Safra Center. Its design represents the Sephardic community it serves: the ner tamid, or eternal flame, was fashioned in France, the pews are from Colombia, and the onyx inlaid in the Jerusalem stone of the ark comes from Spain.

But a building is more than its design. And so it is hoped the 14-story center, named for Moise Safra, the Brazilian born Jewish philanthropist who died in June 2014, will embody good citizenship and bolster cultural ties between Ashkenazi and Sephardic Jews.

Integral to its mission will be promoting support for Israel and fostering Jewish values, the center’s executive director David Miller told The Times of Israel from inside his office, where post-it notes and floor plans cover the wall.

“It’s going to be a gorgeous new synagogue — but like the center, it will welcome everyone. It’s about Ashkenazi and Sephardic Jews prospering together. That’s who we are — a place for the Jewish people,” Miller said.

Safra’s philanthropic work touched schools and community centers, synagogues and health centers in Brazil and Manhattan. His father, Jacob E. Safra, founded a bank named for himself in mid-20th century Beirut. He then moved to Brazil in 1952 and founded Banco Safra Sao Paolo. Later, Jacob’s three sons — Edmond, Moise and Joseph — joined in, and together they became the Safra Group. 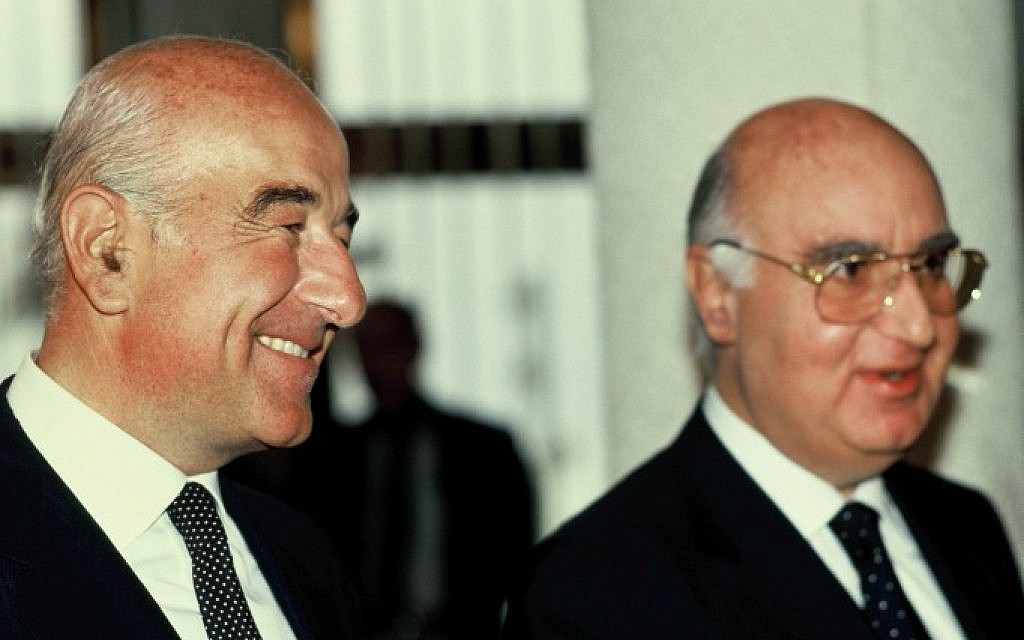 Plans for the 65,000-square-foot center are underway, and when it opens in January 2019 members can expect a variety of exercises classes, Torah and Hebrew language classes, and a homework club.

There will be a pool, a gym, a library, three kosher cafes and outdoor entertaining spaces. There will also be a kosher kitchen classroom, where people might learn how to make Persian, Hungarian or Moroccan dishes, Miller said.

Miller said the center is also “very proud of being pro-Israel. Unabashedly so. We want to talk about a lot of the great things about Israel that we should be talking about.”

There will be Lone Soldier events, film festivals, speakers with ties to Israel, and, Miller said, “we plan to go all-out on Yom Ha’atzmaut.” 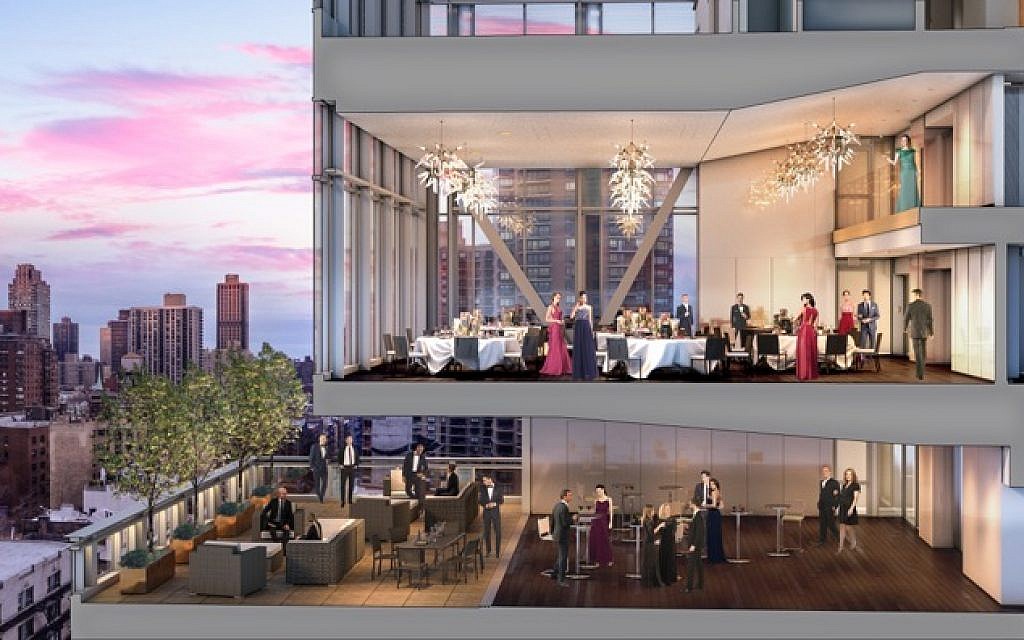 When the center opens it will be just about 10 blocks south of the 92nd Street Y on the Upper East Side. Founded in 1874 as the Young Men’s Hebrew Association by German Jews, the institution has been incredibly helpful and welcoming, Miller said.

“We’re not here to compete. We’re going to be different. We’re not going to have Richard Gere come and talk about Tibet, but, say Michael Oren was in town, we’d love to have him,” Miller said.

The opening of the Moise Safra Center also signifies a demographic shift in Manhattan. 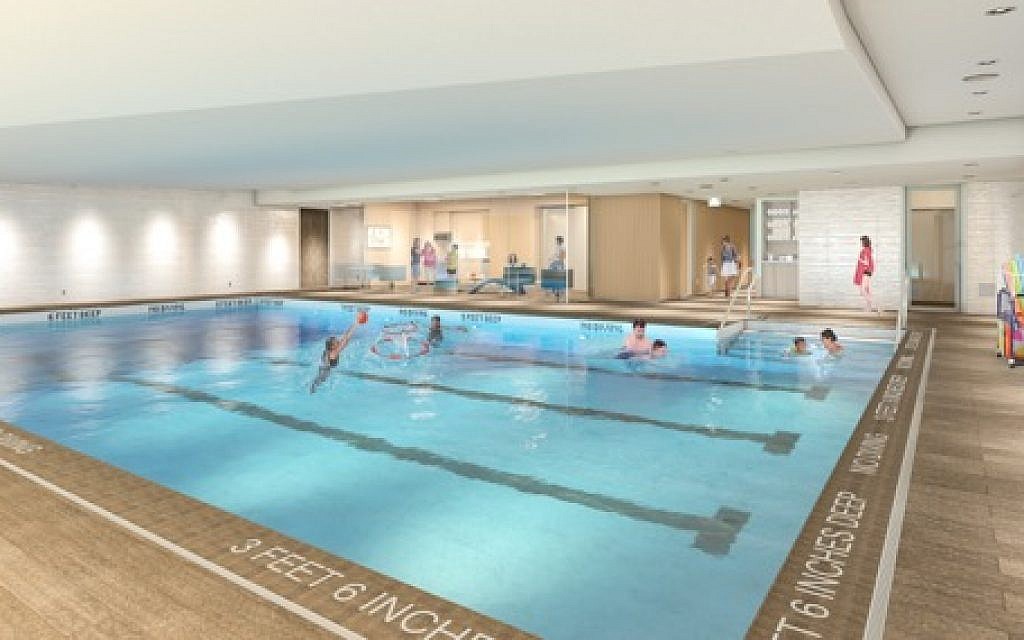 In the early 1900s Jews from Syria and Turkey lived on the Lower East Side. Ladino was heard in men’s clubs and neighborhood coffee shops. There was a Sephardic synagogue on Allen Street.

Over time, the area became increasingly Ashkenazi and the Sephardic community decamped for Brooklyn and Long Island.

It’s only in the last several years that a sort of reverse migration has taken place. About 1,500 to 2,500 Sephardic families have moved from Brooklyn to Manhattan, with most settling on the Upper East Side.

Today about 38,000 Jews of Syrian descent live in New York City, according to the UJA-Federation of New York. The population includes those from Lebanon and Egypt who trace ancestry to Jewish communities of Damascus and Aleppo. 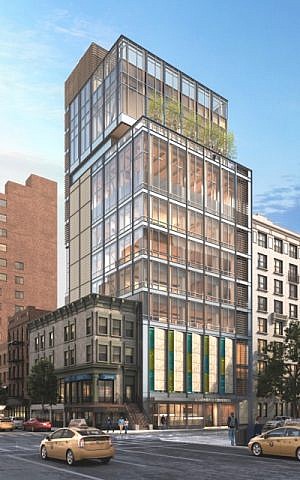 It’s a population where intermarriage between Sephardic communities from Egypt, Lebanon, Iraq, Syria, and France has helped grow the numbers, said David Ben-Hooren, the longtime publisher of the Jewish Voice and an active member of Brooklyn’s Magen David synagogue and the Syrian community at large.

When the Ohel Moshe opens it will join other Sephardic institutions in the area.

There is the Sephardic Academy on Second Avenue and Congregation Shaare Mizrah on Third Avenue, which serves mostly Syrian and Lebanese congregants.

On East 75th Street stands the Manhattan Sephardic Congregation. When Rabbi Raphael Benchimol founded the largely Moroccan synagogue in 1990, it was the first full-time Sephardic synagogue on the Upper East Side.

“Most of our members come from France by way of Morocco, Algeria and Tunisia. There has been an uptick in membership to the community, especially in the last couple of years with everything that has been going on in France,” Benchimol told The Times of Israel, adding that he looks forward to the Safra Center’s opening.

“While the Syrian community is the largest, the center will serve all, and even the Ashkenazi Jews will benefit. Anything new, any time there is a new organization, everybody wins,” Benchimol said.